I am here: Introduction > Points of Interest > Historical & Other Sights > Religious Sights > Brief history of the Teplá Monastery

Brief history of the Teplá Monastery 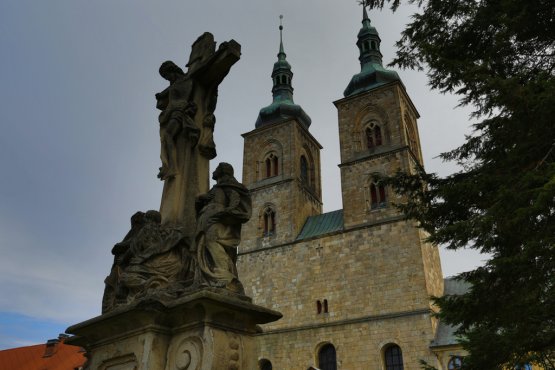 The monasterial complex in Teplá belongs among the most significant ecclesiastical structures in the Czech Republic. It had continuously served the Premonstratensian Order from its foundation in the 12th century until the end of World War II. In 1950, the monastery shared the fate of other monasteries and convents in Czechoslovakia: it was closed down, and its buildings were converted into army barracks. Only the church and the library were re-opened to the public in 1958. After the army had abandoned the monastery, its buildings were exposed to further dilapidation. In 1990, the monastery was returned to the Premonstratensian Order in a desolate condition resulting from the many years of neglect. Since then, the entire complex has been gradually undergoing an extensive reconstruction. In addition to regular services, the monastery is also the venue of various concerts and exhibitions.

The most noteworthy structure is the Church of the Annunciation of the Lord built between the years 1193 and 1232. The monasterial complex also comprises of the Baroque convent, the abbey church with a Romanesque chapel and a Gothic presbytery, the unique abbey library, which is the second largest historical library in the Czech Republic with more than 100,000 volumes of books and manuscripts, the abbey park, the abbey cemetery, and the museum. Numerous outbuildings, such as the abbey brewery, the hayloft or the granary, are also a part of the monasterial grounds.

The monastery is open to visitors almost all year round.

A hotel and a restaurant may also be found on the monastery grounds. 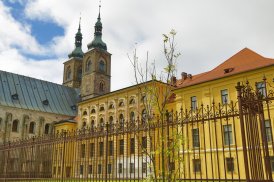 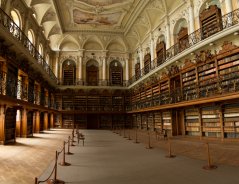