The Past & Present of Františkovy Lázně 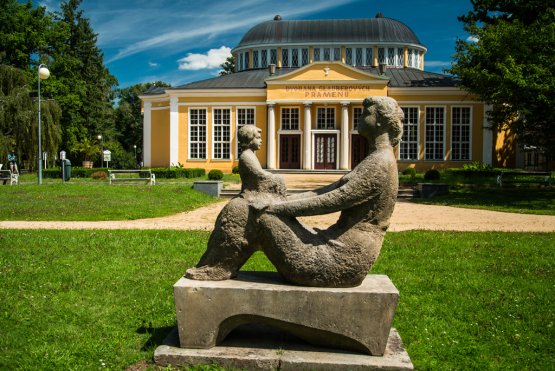 Despite being the smallest of the three spa towns forming the west Bohemian spa triangle, Františkovy Lázně (German: Franzensbad) is no less beautiful or important. It belongs among renowned European spa towns for many centuries. Explore the eventful history and the successful present of the spa town...

The History of Františkovy Lázně

The world's first peat pulp baths named in honour of Franz I were founded by the Austrian Emperor in the vicinity of the curative springs not far from Cheb in 1793.  Initially known as Ves císaře Františka (German: Kaiser Franzensdorf, English: Emperor Franz's Village) and later as Lázně císaře Františka (German: Kaiser Franzensbad, English: Emperor Franz's Baths), the small village grew into a major spa town in less than two centuries. Thanks to the highly effective spa procedures focusing on the treatment of gynaecological diseases and sterility combined with the historical atmosphere and the beautiful surrounding landscape, Františkovy Lázně soon became one of the most highly visited spas in Europe. The inflow of visitors, which had reached its peak towards the end of the 19th century, continued until World War II. Regretfully, the war and the subsequent communist era brought about a decline of balneology, which has been revived only after the Velvet Revolution in 1989.

The development of balneology has always been closely linked to the boom of the town. The originally modest spa promenade was gradually surrounded by English-style parks, and spa hotels, colonnades, spring pavilions, gazebos and arbours along with other spa structures were built across the town, mostly in Empire and Classic Revival styles. The town thus became one of the most charming spa resorts nestled in the greenery of neatly landscaped parks and spa woods. Due to its unique architectural character, Františkovy Lázně has been declared an urban monument zone in 1992.

The Present of Františkovy Lázně

Františkovy Lázně endeavoured to revive its former fame of the late 19th and early 20th century soon after the Velvet Revolution in 1989. Presently, extensive reconstructions and renovations of the spa hotels and balneological facilities were launched. The century-proven spa procedures were complemented with numerous modern wellness procedures and the spa was once again attracting the interest of foreign clientele. Today, the town with 5,500 inhabitants offers an accommodation capacity of almost 3,500 beds.

The present-day Františkovy Lázně is much more than just a popular destination for spa stays. The town may boast a wide variety of sports areas and facilities, hundreds of kilometres of tourist paths and cycle paths, its very popular water park, and much more.

Františkovy Lázně and its surroundings are also remarkably rich in historical sights, natural beauty and other points of interest that are a popular destination of many trips and excursions. The town is the venue of major social events, including festivals, concerts and other festivities.

Are you looking for comfortable accommodation at bargain prices in Františkovy Lázně, Cheb and their surroundings? Select from our offer >> 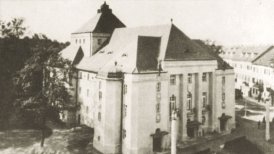 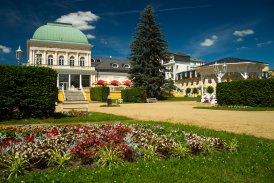 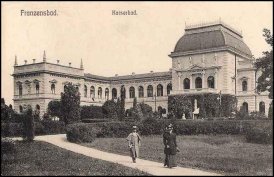 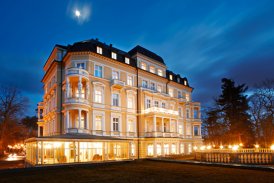