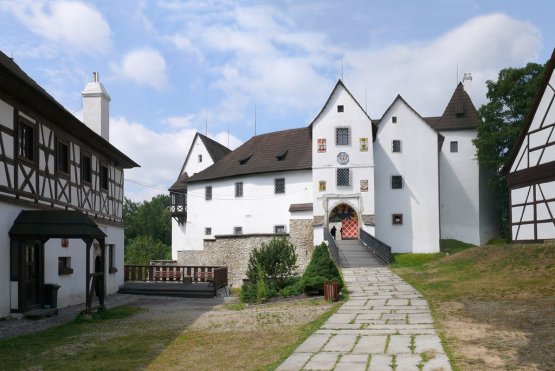 Seeberg or Ostroh Castle, which was founded in the 1200s, belongs to the oldest landmarks in the region. It stands on a high rocky spur above a brook not far from Františkovy Lázně. It was probably founded as the manor house of ministeriales subject to the imperial palatinate in Cheb. Despite being almost destroyed by several fires and frequently plundered by enemy armies, Seeberg Castle has survived to our time thanks to frequent reconstructions.

The most valuable sections of the castle comprise the Romanesque Stork Tower and the Gothic south palace. Inside the castle, you may find magnificent interiors with 19th century furniture. The display also includes period clothes and an open-hearth kitchen with original kitchenware. Another part of the castle exposition is an open-air folk architecture exhibition with a display mapping the life of country folk of the district of Cheb in the 19th century. Among the exhibits, you may find the oldest logged Baroque granary dating to 1714 or a shed with a display of agricultural machinery and equipment. 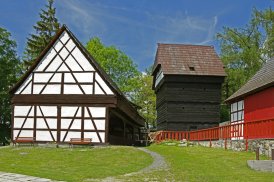 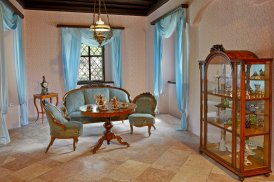 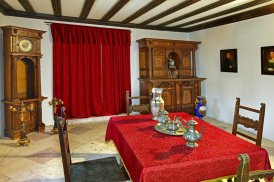