I am here: Introduction > Points of Interest > Historical & Other Sights > Castles > Cheb Castle 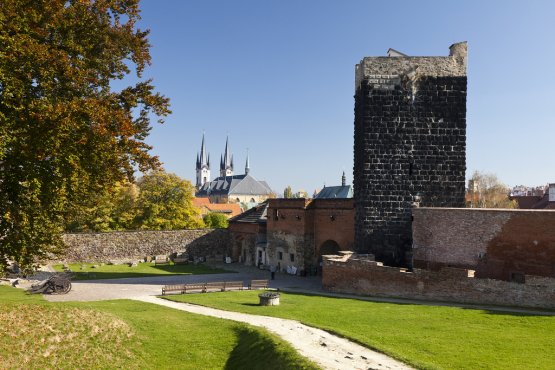 Cheb Castle (German: Eger) was founded in the early 12th century upon the decision of the Štauf (German: Stauff) family, from which a number of Roman emperors and German kings were descended and which later rebuilt the castle into an imperial palatinate. The castle served as a fortress guarding the borders of the kingdom, as well as a stately residence of the emperor.

Only the torso of the ostentatious palace, the robust Black Tower and especially the unique two-storey Romanesque and Gothic Chapel of St. Martin, Erhard and Ursula have been preserved from the once extensive castle stronghold. On the castle grounds, you may also visit the casemates with an exposition dedicated to the history of stove building in the area of Cheb (German: Egerland), the remains of the outbuilding known as the Kuchelhaus, or the Mill Tower. In the court, you may see tombstones from the original Slavic burial grounds located on the site of the present-day chapel, the castle well, or the castle cannons. 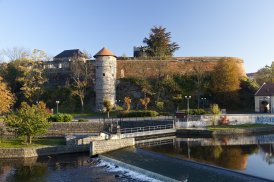 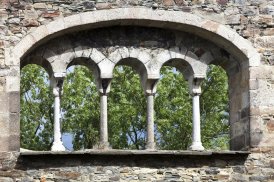 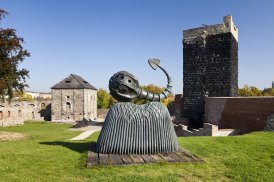 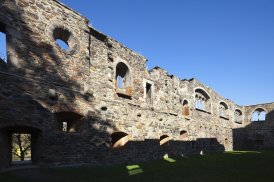 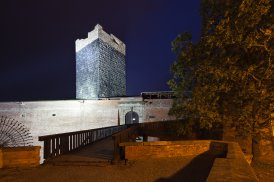